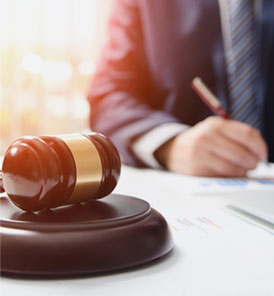 Restrictive covenants contained in executive employment agreements, such as noncompetes, non solicitation of customers, non solicitation and no-hire of employees, nondisparagement, nondisclosure of confidential information and noninterference with business relations, are ubiquitous in modern legal executive compensation practice.  Affirmative covenants, such as a covenant to notify subsequent employers of any restrictive covenants and cooperation with litigation, are also common provisions contained in sophisticated executive employment agreements.  The purposes of these covenants are many.  They are often entered into as part of a new executive’s employment agreement and are designed to prevent the executive from engaging in competitive or other activities that may be harmful to his or her employer.  They usually apply during the executive’s employment with the company and for a limited time period thereafter, although confidentiality provisions are typically perpetually enforceable by the company as long as the information remains confidential to the company.

In the context of a change of control or other M&A transaction, these covenants serve many purposes.  They prevent competition from executives during the negotiation process, they encourage the retention of executives with specialized knowledge who would be critical to the success of the target corporation or business unit following the sale (and therefore could present a more stable workforce and result in a more attractive takeover target), and they serve to discourage executives of the target business to entertain joining a competitor to remain with the business (though they might otherwise be reluctant to stay without some sort of pay-to-stay retention package, typically provided in cash rather than equity, in connection with the change of control).  Nonsolicit and no-hire provisions which are typically part of a merger or stock purchase agreement also prevent a seller from soliciting or re-employing its former employees following the sale of the business, which is reasonable considering that the seller is selling not only the assets and liabilities of the target business but also the goodwill of the business.  Potential acquirers in due diligence typically review restrictive covenants to ensure that the existing restrictions are sufficient to protect the business post-transaction.  Also, it is typical for acquirers to enter into new employment agreements with senior management which would also contain restrictive covenants to discourage the executives from seeing new employment in the same field.

Reciting that severance pay that is payable under the employment agreement is consideration for the noncompete, and contingent on the executive refraining from the restricted activities, can assist both parties.  It might cause the severance provisions to be considered more reasonable to institutional shareholders who discourage excessive severance packages, and it could also aid in determining whether an excise tax should be imposed under Section 280G of the Code (discussed more fully below).

The most restrictive type of covenant is the noncompete agreement, and consequently it is often the most difficult to enforce.  Noncompete provisions are governed by state law, not federal statute, so the enforceability of these covenants vary by jurisdiction.  Some states consider noncompetes to be an unfair restraint of trade, and the current trend is for states to be less likely to enforce such covenants (in California, a state statute provides that such covenants are unenforceable, other than, generally speaking, in the context of a sale of a business, and then only under certain narrow circumstances).  Courts typically apply a very facts-intensive analysis of such covenants to adjudge whether such provisions are enforceable, and therefore, the enforceability of these provisions is highly unpredictable.  Typically speaking, the elements of an enforceable noncompete include consideration for the covenant, reasonableness with respect to geographic scope and the time during which the covenant is to run, some protectable interest of the employer (such as trade secrets or confidential information) and a reasonable restraint on the activities that are sought to be restricted.  The employer typically has various enforcement alternatives in connection with a breach of a noncompete.  Termination for cause for a breach during the employment relationship is a severe remedy available to the employer, in that the executive will not be eligible for severance pay and may forfeit his or her equity awards as well.  Following the employment relationship, clawbacks of compensation are becoming more customary; forfeiture of severance payments that are to come in the future are more common than the clawback of amounts that have already been paid to an executive because, as a practical matter, these amounts may be difficult to recover.  Of course, equitable remedies such as an injunction or temporary restraining order may be sought by an employer to stop the executive from breaching the noncompete provision.  Most employment agreements drafted by sophisticated counsel include a reservation of rights to seek equitable remedies in the event of a breach of the noncompetition provision, and a statement by the executive that these provisions are reasonable and will not be later attacked as unreasonable.

The silver lining for executives in connection with noncompetition and other restrictive covenants comes in the form of some potential relief under Section 280G in the change of control context.  (See article by Pasini Law LLC entitled “Golden Parachutes and Section 280G - An Overview and Practice Tips” for a general description and analysis of Section 280G).  As noted in the foregoing article, payments in the nature of compensation that are demonstrated to be “reasonable compensation” for services performed after the change in control are not taken into account in determining whether the Section 280G payment threshold is exceeded and, if the threshold is exceeded, would not then be subject to the excise tax.  Q&As 40 and 42 of the Treasury Regulations under Section 280G are instructive in this regard.  Generally speaking, amounts paid by employers or former employers for complying with a restrictive covenant, such as, for example, severance payments, may qualify as reasonable compensation for services performed after the change in control if it is demonstrated by clear and convincing evidence that the covenant “substantially constrains” the executive’s ability to perform services, as long as there is a reasonable likelihood that the restrictive covenant will be enforced against the executive.  The latter requirement, that there is a reasonable likelihood of enforcing the noncompete against the executive is stronger in a jurisdiction in which these covenants are not disfavored by courts, as well as any past history of the employer actually attempting to enforce the noncompetes against other former executives.

The foregoing Treasury regs do not directly address what exactly qualifies as substantially constraining an executive.  It is clear that a nondisparagement covenant will not be considered to substantially constrain an executive (see example 4 in Q&A 42), but it is reasonable to consider a noncompete, the most stringent of the restrictive covenants, as a restriction that very well may substantially constrain an executive to work in his or her chosen field after the change in control.  Most employers will hire a professional service (such as a 280G consulting firm or accounting firm) to help determine what amounts payable to executives after a change of control would be considered reasonable compensation in connection with a noncompete agreement.